“Yell” is an upcoming NHK’s morning drama that will start next spring, 2020. This biographical drama is about a nationally famous composer from Fukushima, Yūji Koseki, and his wife Kinko.

His great songs include: a song of The National High School Baseball Championship, “Eikan wa Kimi ni Kagayaku [crown shines on you]”, a monster, Mothra’s theme song, “Mothra”, and a march played in Tokyo Olympic Games 1964, “Olympic March”. You may not know him or the titles of his songs, but you may have heard some of them. 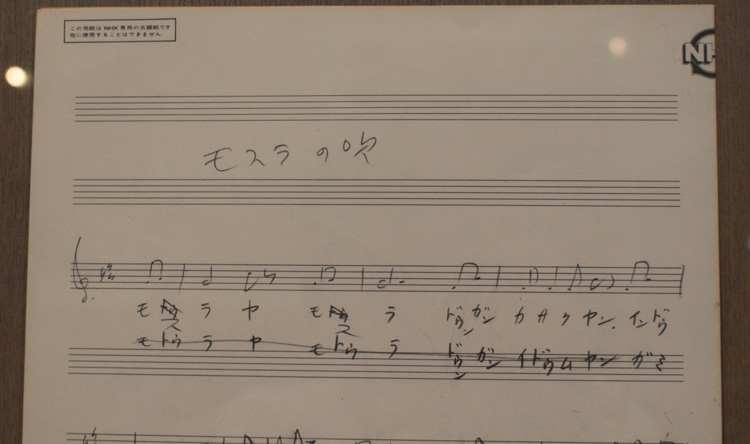 It is said that the songs Mr. Koseki composed are about 5000.
Now, a curiosity has risen; what kind of person was Mr. Yūji Koseki like; how could he create such numbers of songs?
So, I decided to visit his memorial hall and monuments with an amateur fashion model for this website. 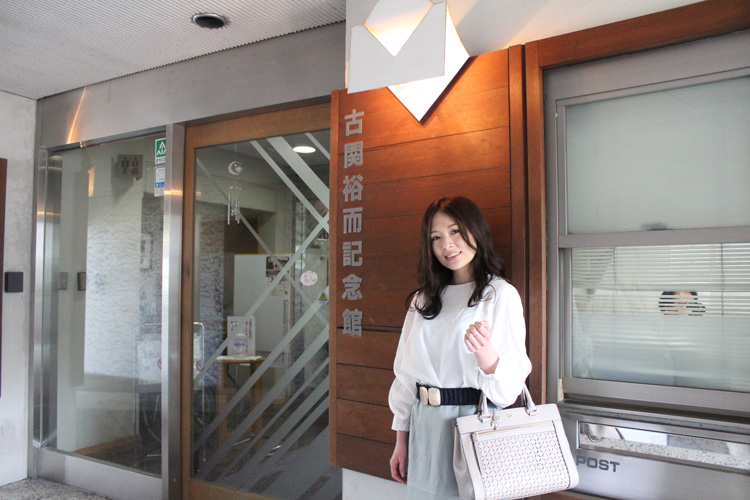 His memorial hall is located next to Fukushima City Concert Hall. It is a two-floor building with a pointy roof. Looks chic and reminds of his song “Tongari Bōshi [pointy hat]”. Inside the building, there is a large window and the sunshine comes through it. His songs and videos about him keep playing. The first floor has a reception and salon which is used as a meeting place for mini concerts and other events.

On the staircase wall, watercolor pictures painted by Mr. Koseki are displayed, and on the 2nd floor, there is an exhibition room packed with valuable materials about him. 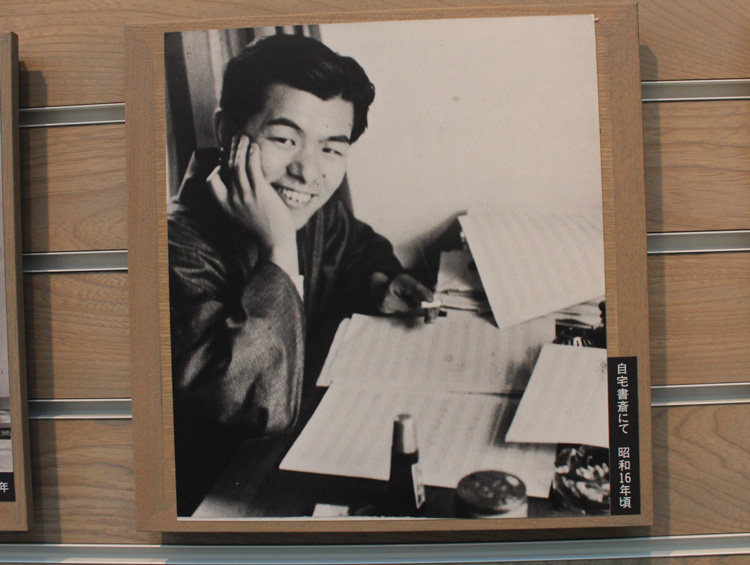 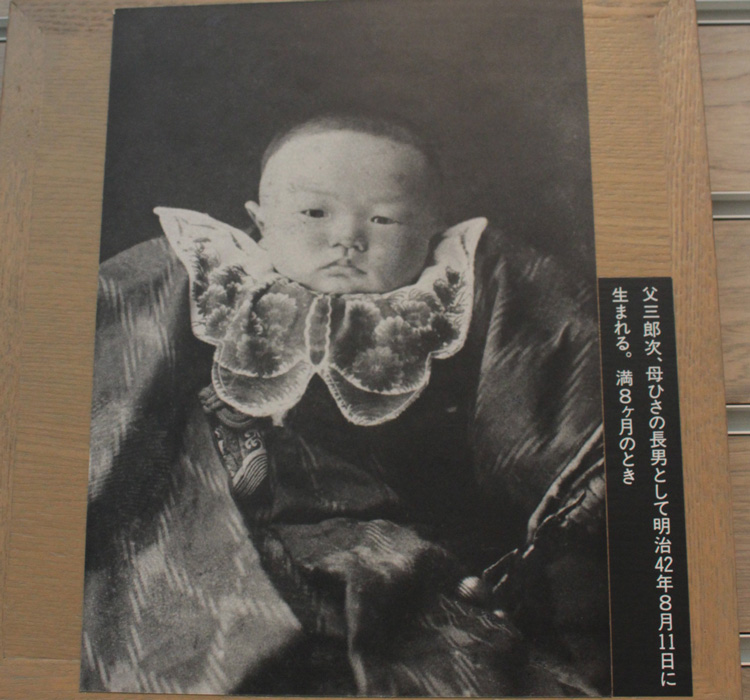 Mr. Koseki did not drink alcohol but was fond of sweets, especially wagashi (Japanese confectioneries). In his childhood, he loved to buy daifuku (azuki bean jam wrapped with rice cake) at a confectionery shop located across a bridge over Abukuma river. 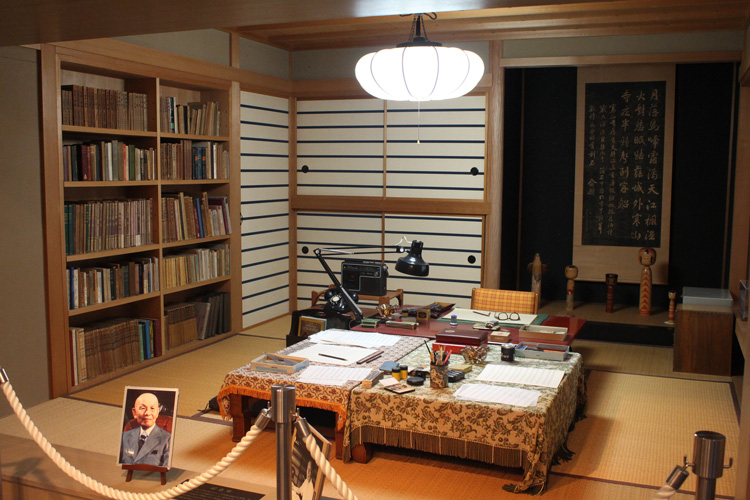 ▲Memorial Room
Reproduction of his composing room when he was in Tokyo. He did not use a piano or any instruments for composing, but created songs in his head. There are three low tables, and music sheets are placed on each. That is how he composed multiple songs at the same time.
There are model steam locomotives in this room too. When Mr. Koseki was a child, he loved steam locomotives probably because he often saw tram-trains run on tram line called, “Densha Dōri [Train Street]” in front of his house. 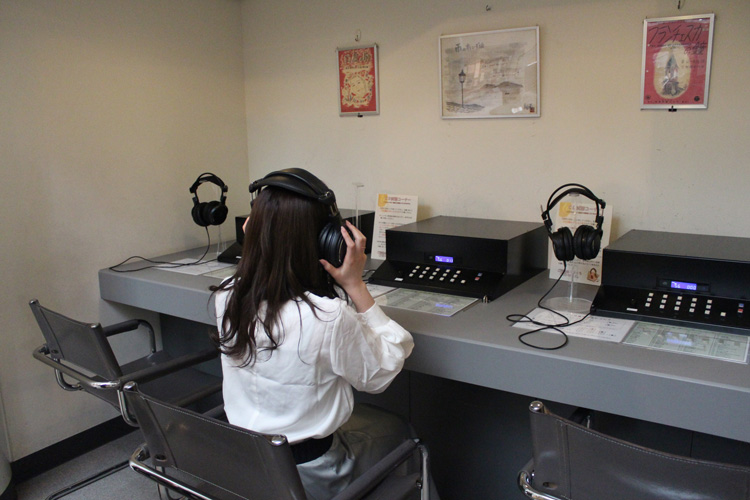 ▲Audio Station
About 100 songs that represent Koseki are available. 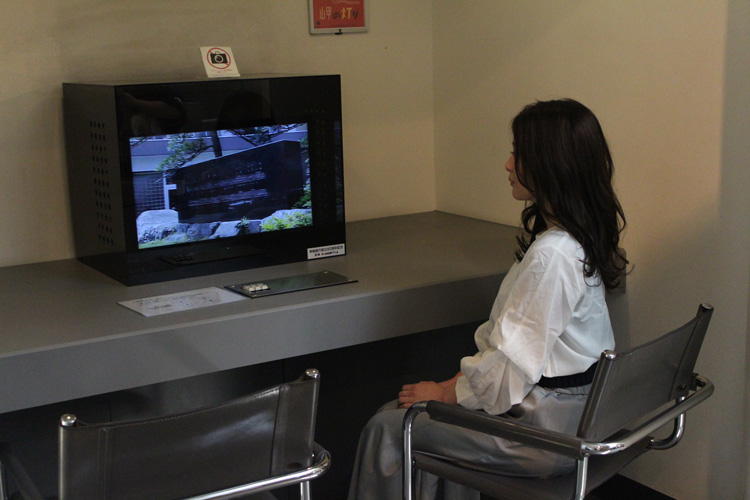 ▲Video Station
Videos about Koseki’s background and his songs are available. 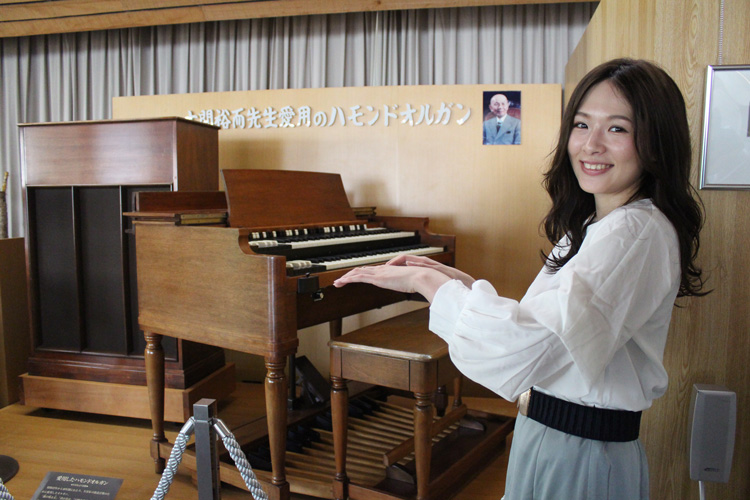 ▲Hammond Organ B-3
Koseki used this organ for NHK’s live broadcast. People say this is the object of envy for jazz musicians. Along with a loudspeaker, it is very valuable, and played at the mini concerts. 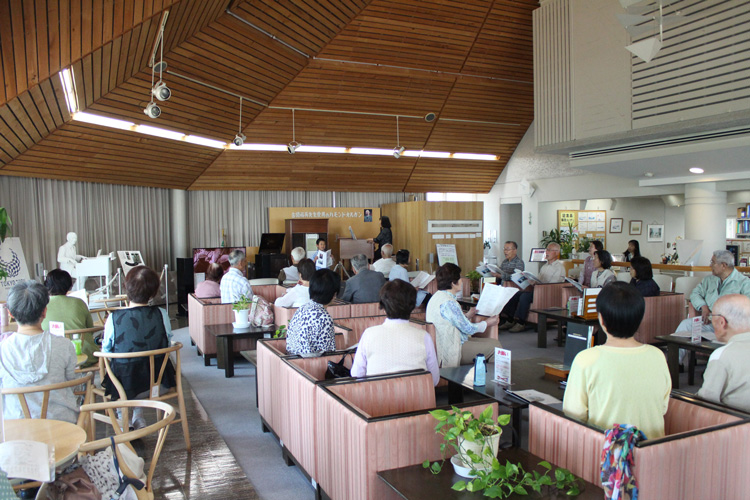