It is said that Yunokami Onsen (hot spring) was found in the 8th century. It is a rustic hot spring located in Shimogo-machi, Minamiaizu District, Fukushima.
It is about an honor and fifteen minute drive from Koriyama City.

The nature of the spring is a mildly alkaline simple hot spring, which has abundant quantity of hot spring water. The average of the spring source temperature is quite hot, at 56 °C, and the color is transparent. The spring hot water does not really have a smell, and it warms you up from the core of your body. 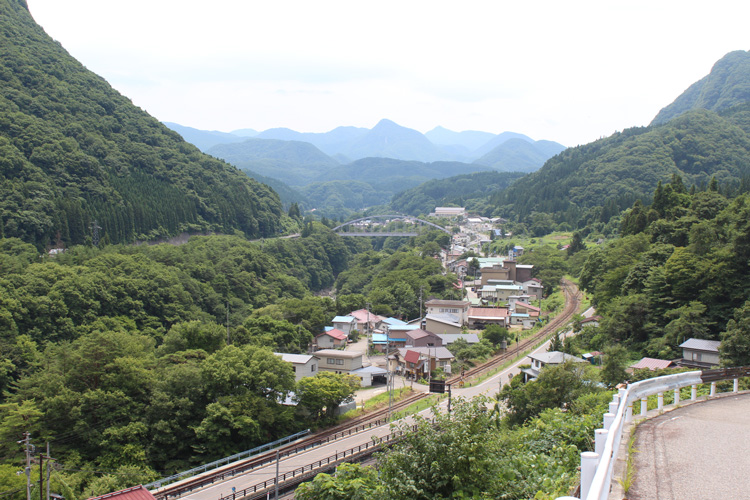 It is known for the only railway station with thatched roof in Japan. Inside the old folk house like station, there is an open hearth and a shop, and you can slowly enjoy the waiting time for a train. 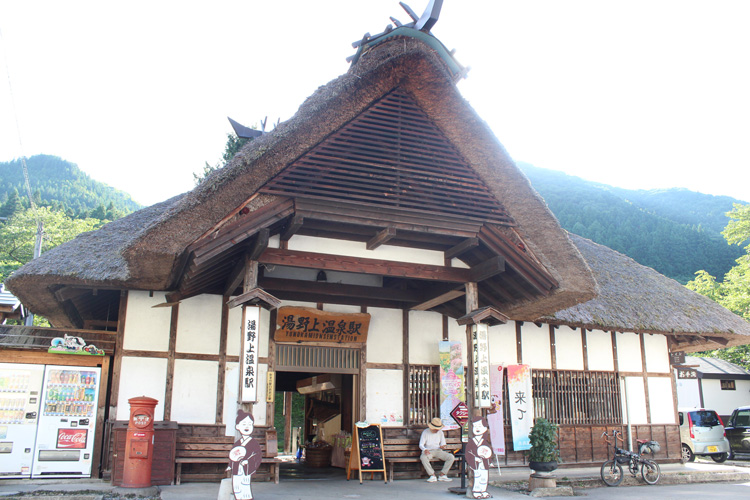 Next to the station, there is a footbath for free. At first you would feel the water is really hot, but you will get used to it after a while. Then the hot water would become so comfortable that you don’t want to get out. Your feet will be so light and they will stay warm until the evening ♪ 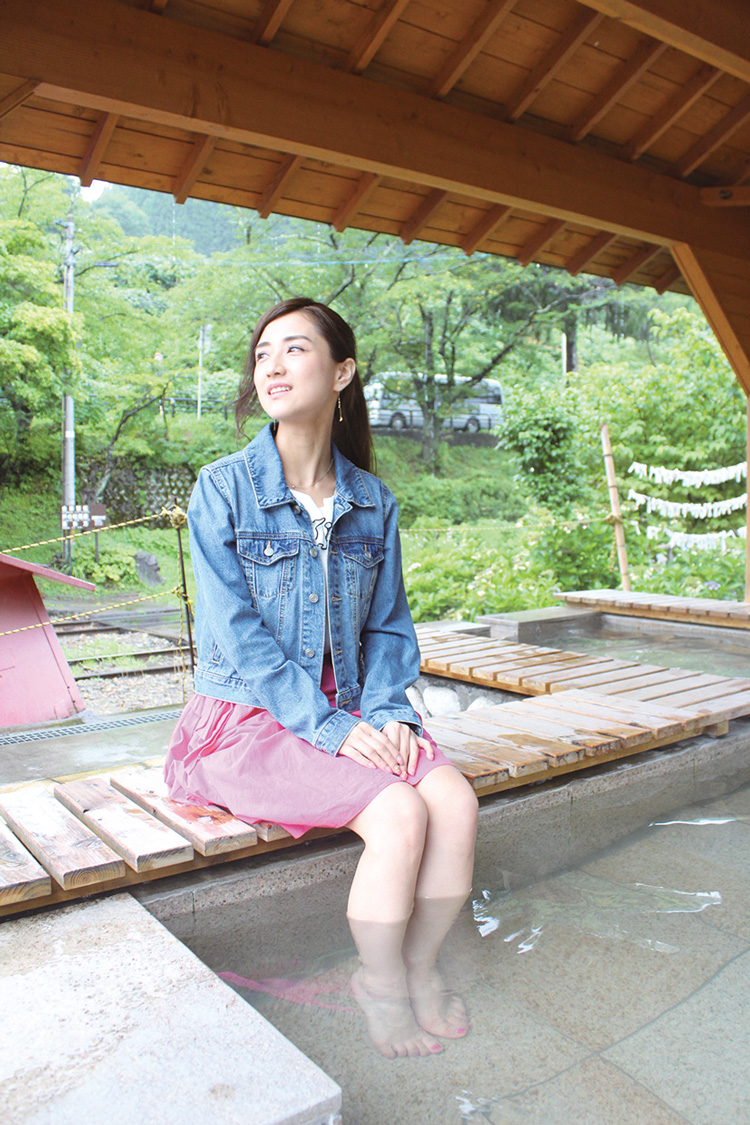 The girl waiting for you at the front of the ticket gate of the Aizu Railway is, Maya Okawa, the Rail Girl. 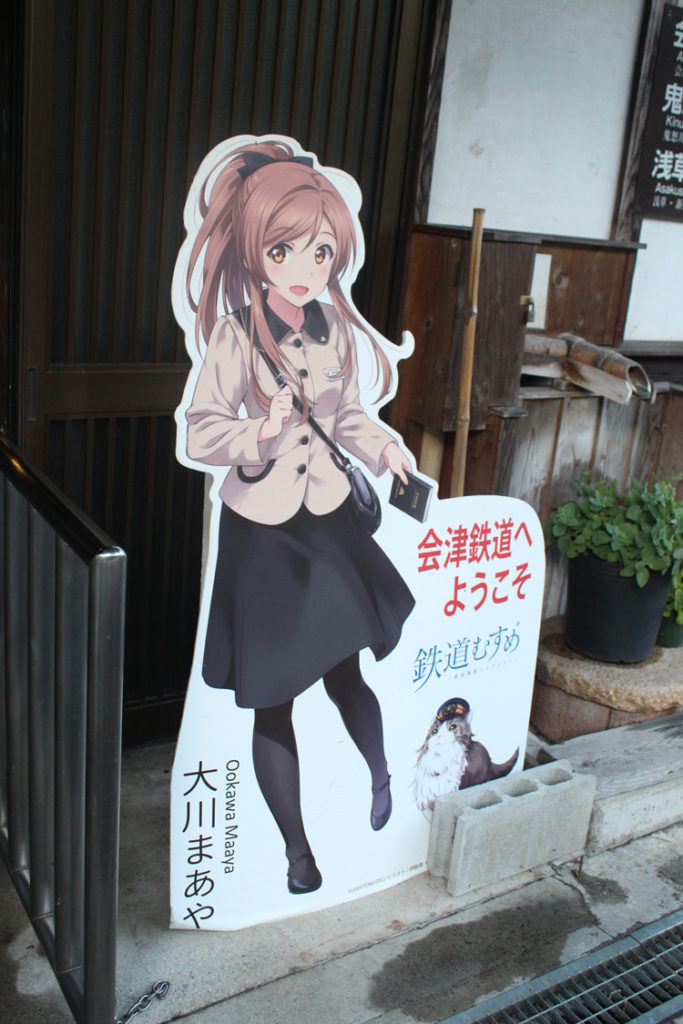 When we drove around the town from Yunokami Onsen Station, we found vivid murals drawn on the walls of the station and houses!
They have been drawn as part of “Yunokami Onsen ART PROJECT”. There are also unique signboards drawn by famous artists in front of the station and a certain accommodation. Why don’t you take a stroll around the town where ART is scattered all around? 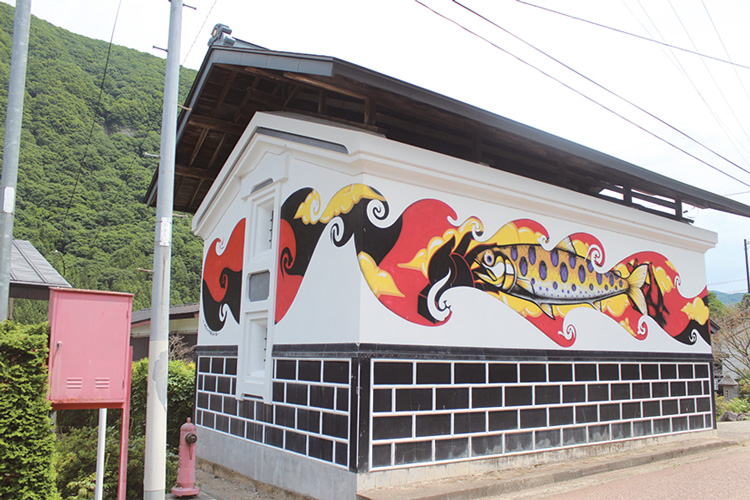 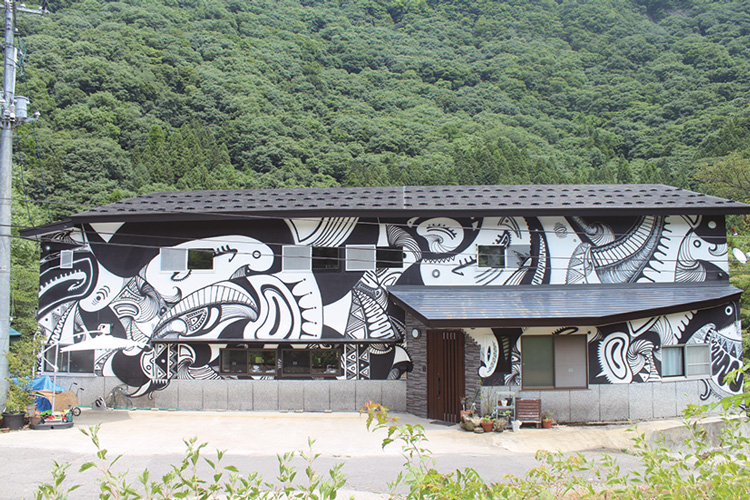 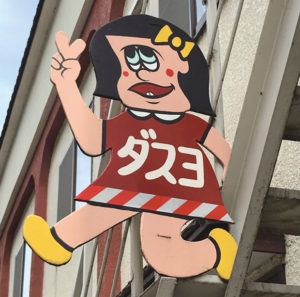 One day is not enough to see what Yunokami Onsen has. From spiritual sites such as Shrine, Kannon-do Hall, and the historic and rustic Onsen town and ōuchi-juku to natural sites like Nakayama Fuketsu, there are many places you can enjoy. Among these, we will give you information about a few recommended spots♪

The natural cliff formation made from erosion and weathering through a million years, will blow your mind. Enjoy the thrill when you cross the handing bridge!! 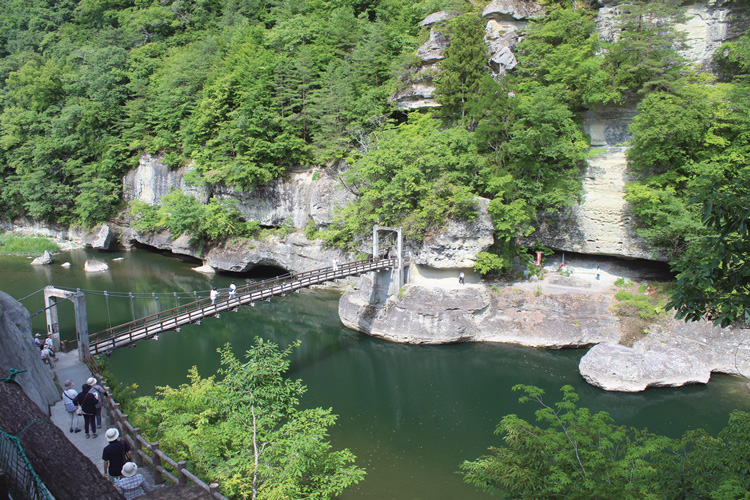 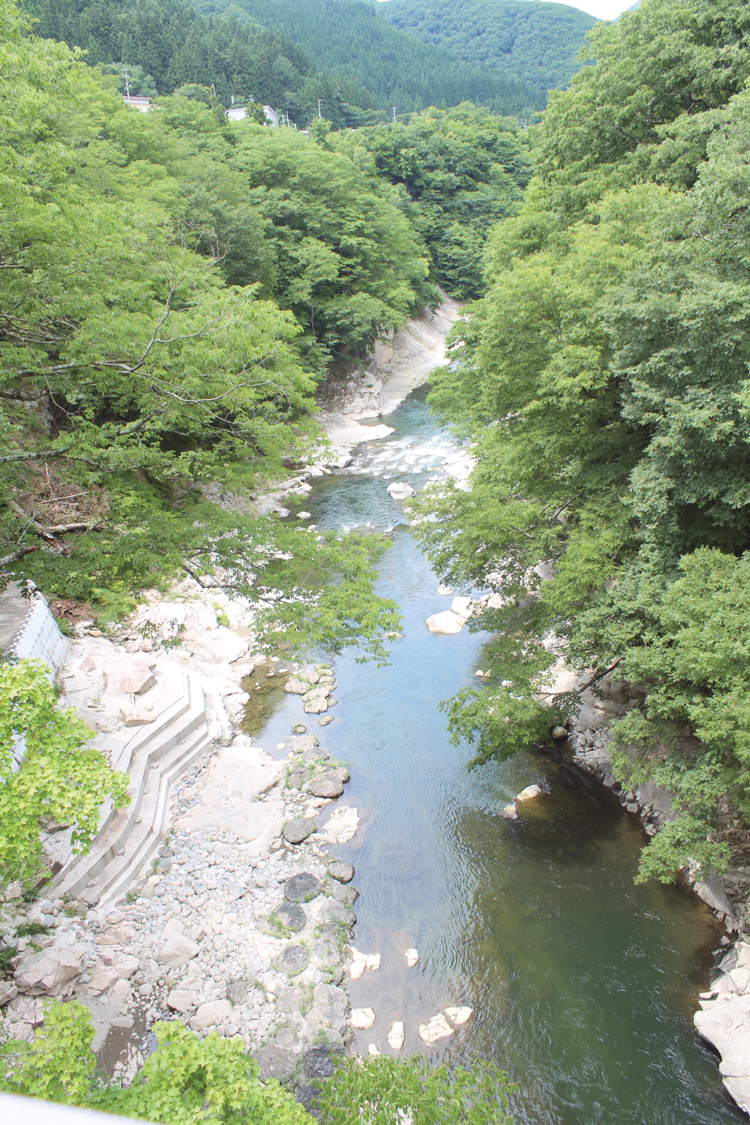 A mysterious creature on the river surface!?
No, it’s a Japanese cormorant. It’s like the Jurassic world! 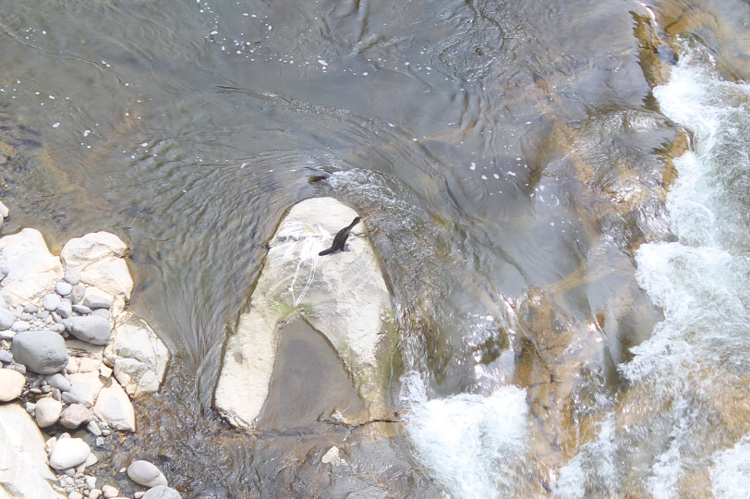 It is established in the late Edo era. The current Kannon-do building was built in 1813, and it is a Cultural Asset designated by Shimogo-machi. 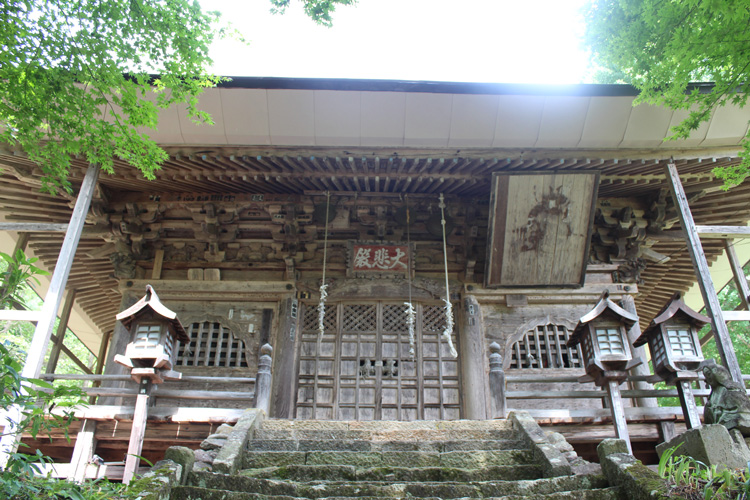 It is about a 30-40 minute walk from Yunokami Onsen Station. It is said that the igneous rocks that appeared from the underground about 2 million years ago have been piled up, and the cold air that has come through the gap is blowing out from underneath. For this reason, plants favoring cold and alpine climate can be found in Nakayama Fuketsu, and it has been designated as a Special Natural Monument of Japan.
Entering the “Cold Wind Experience Facility”, which I found by following a signboard, I felt like I entered a refrigerator even though it was in the middle of the summer. Putting my hand on the rock surface, there is no feeling that cold wind is coming out directly. But somehow it was nice and cool. It was a natural air conditioner. It would be nice if you bring a long sleeve. Out of the two experience facilities, one has a roof and the other doesn’t. It makes sense that they had been used as a natural storage room until the early Showa era. 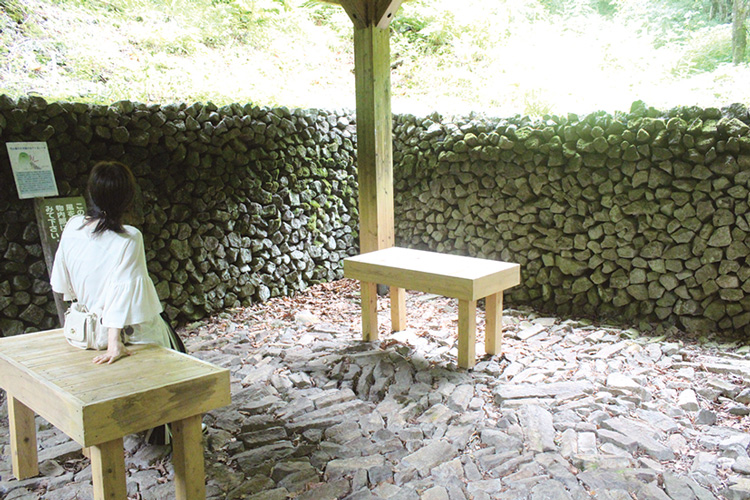 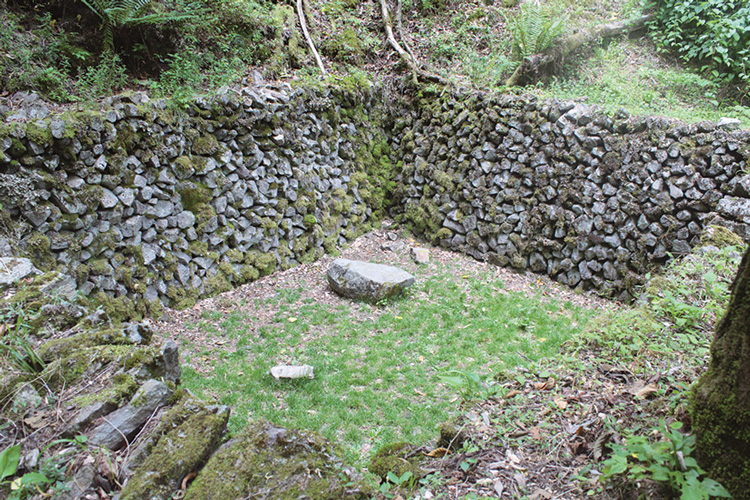 It was like a wonderland surrounded by unfamiliar plants, such as large fern trees, with dragonflies and butterflies flying around, which made me think what kind of a jungle was that? 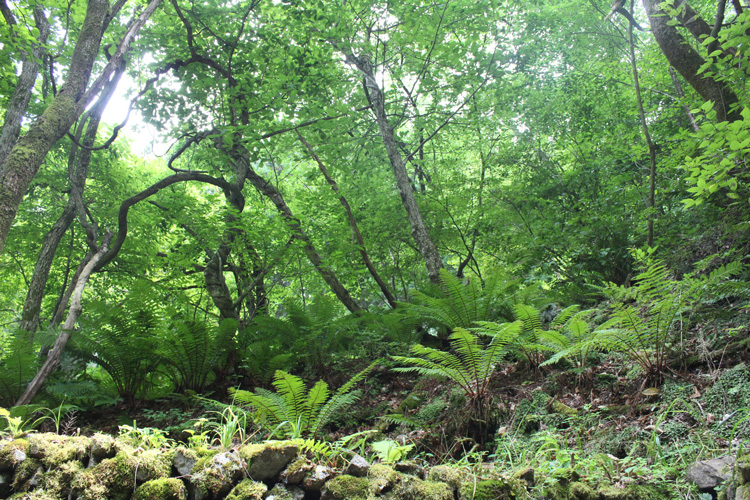 It is closed in winter for safety reasons, so visit there in summer♪

What kinds of flowers will you see around the experience facilities?
You will be excited with what you see. 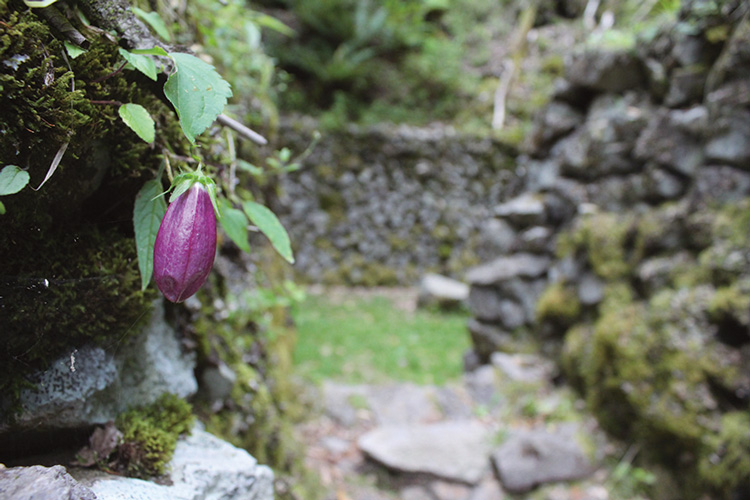 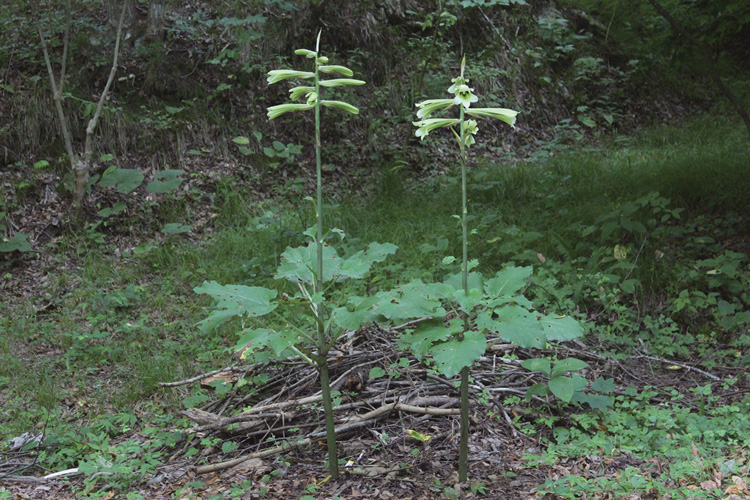 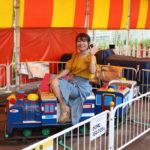