2014 marked 60 years since the birth of Godzilla, and Hollywood version of “GODZILLA” made waves at the box offices of the world.
Director Eiji Tsuburaya, famous for “Father of Tokusatsu” (visual effects) and creator of “Godzilla” and “Ultraman” series, was born and raised in Sukagawa, Fukushima. As the reconstruction from the disaster of March 11, 2011 proceeds, Godzilla gives the messages we, the residents of Fukushima, should keep in mind and never forget. Once again, we will trace back the messages the director had put in the monster movie. 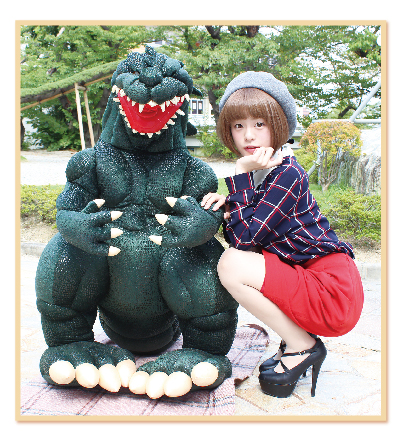 
So what on earth is Godzilla?

In 1954, when “Godzilla” was born, nuclear bomb test in Bikini Atoll was perceived as a serious social problem. It gave the inspiration to create “Hydrogen Bomb Monster Movie” Godzilla, first of a series. Movie blurbs included “spawn of nuclear” and “symbol of fear created by human being”. The monster was born due to the change of egg exposed to radiation, which had originated from nuclear weapon produced by human being. Then, it wreaked havoc on human society, but only to be killed by human being. The movie represented “selfish arrogance and foolishness of human being, and fury of nature”.
Even at this moment, management of nuclear materials has remained an issue to be studied as “negative legacy” for the future of human being.

What is the energy of Godzilla?

Godzilla takes in nuclear materials as energy. So it homes in on nuclear power plant by instinct.

Is Godzilla foe or friend for human being?

When the first series hit the screen, Godzilla appeared as “symbol of fear” and “god of destruction”. Thunder in the cloud looks like the lighting dragon, and thunderous sound is reminiscent of Godzilla’s roar. Godzilla may be the symbol of both energy and threat of nature in its own.

Find Tsuburaya works in the city

Fukushima City: Memorial Hall commemorating Yuji Koseki, composer of “Mosura-no Uta” (The Song of Mothra) is in the city. Also, his monument stands in front of Fukushima Station.

In 1901, Director Eiji Tsuburaya was born in Sukagawa, Fukushima. The great director produced special effects technique unmatched anywhere in the world and created world-famous movie series such as “Ultraman” and “Godzilla”. Fukushima Airport has been holding the exhibit regarding Tsuburaya Production works throughout the year. Current exhibit features his personality and special effects technique, His admirer can’t miss the surpringing play equipment he invented and valuable scenes at movie studio. Some activities such as quiz, stamp rally and experience corner are also available. Let’s go and get some snaps! 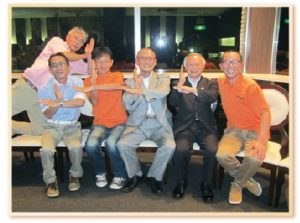 “Shwatch” is a volunteer group in Sukagawa, where Director Eiji Tsuburaya was born. This group has long held various events commemorating his works, such as “Ultra Family Gathering”, in cooperation with Tsuburaya Production. The group has promoted the city with Tsuburaya’s characters from early on so that the achievement and soul of director can be handed down to posterity.

Around 1985, youth men’s association in Sukagawa, home of Eiji Tsuburaya, loudly announced “Godzilla City Initiative”. This was particularly aware of tourism because the construction of airport had just been approved. They back-to-back created various events. For example, they went public about “the discovery of Godzilla’s egg” at Otsujigataki Fall, held “Godzilla Rock Concert” and silhouetted the shape of Godzilla on Hikashiyama, a low mountain near Mt. Utshumine. This association mainly consisted of the members of Junior Chamber, who coincided with the generation of Godzilla. So the huge impact of Godzilla had been reflected in these events.

Their successors, who had not only received the baptism of Godzilla but also been raised at the age of Ultraman, strengthened the cooperation with Tsuburaya Production and founded “Shwatch”. They held the first “Ultra Family Gathering” in 1999. Since then, it has been held almost annually, aiming at “giving dream to children with the power of Ultraman”. Also, they have invited heroes and monsters to their events so that Sukagawa can be put on the map as the city where everyone can meet Ultraman. In 2013, Sukagawa City made sister-city affiliation with Messier 78 State of Light. This means that the one-time volunteer activity has been expanded to the one that even the municipality takes part in. Currently, “Shwatch” has 22 members with the range in age of 40s and 50s. They continuously aim at handing down to children the imagination, technique and power of dream Eiji Tsuburaya had possessed and believed in.

The 1954 version of Godzilla had the background of danger of nuclear war and the preposterous setting. But members of “Shwatch” think that, thanks to these factors, it became a masterpiece which squarely faced modern civilization. This movie is a fruit of many passionate people who had been involved in the filmmaking. It is extraordinary that Eiji Tsuburaya embodied their passion into a great work. Its members are going on their activities in hope that they can prove to children the power to unlock the future by looking at the reality squarely and from a higher perspective.

”The Song of Mothra” born in Fukushima

Yuji Koseki was born in Fukushima City in 1909. He composed 5,000 songs before and after World War Two. His pieces include “Koriyama Shimin-no Uta” (The Song of Koriyama Citizen), “Eikan-wa Kimi-ni Kagayaku” (Crown of victory is won by you), synonymous for National High School Baseball Championship, and “Mosura-no Uta” (The Song of Mothra)!
※This song was appeared in the fourth series of Godzilla.
He had composed many songs which won widespread popularity. Song for rooting your favorite baseball team or songs you heard over TV or radio may be one of his pieces. Yuji Koseki Memorial Hall displays autograph note and many favorite goods.

Like Director Eiji Tsuburaya, prototype model creator Yuji Sakai was born in Sukagawa, Fukushima. The genius creator has given life to Godzilla model. Godzilla accounts for more than 90% of his entire models. He has produced more than 150 models so far. He is now carrying on his creative activities in Fukushima Prefecture.

Original article was appeared in the October 2014 version of Style Koriyama. 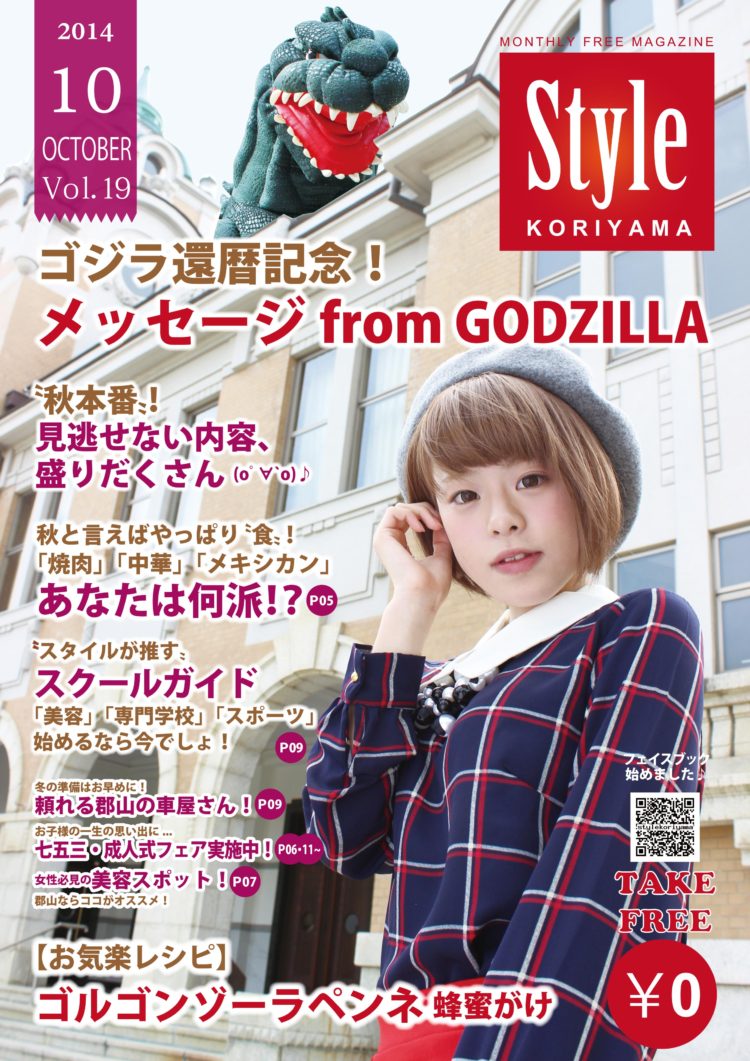 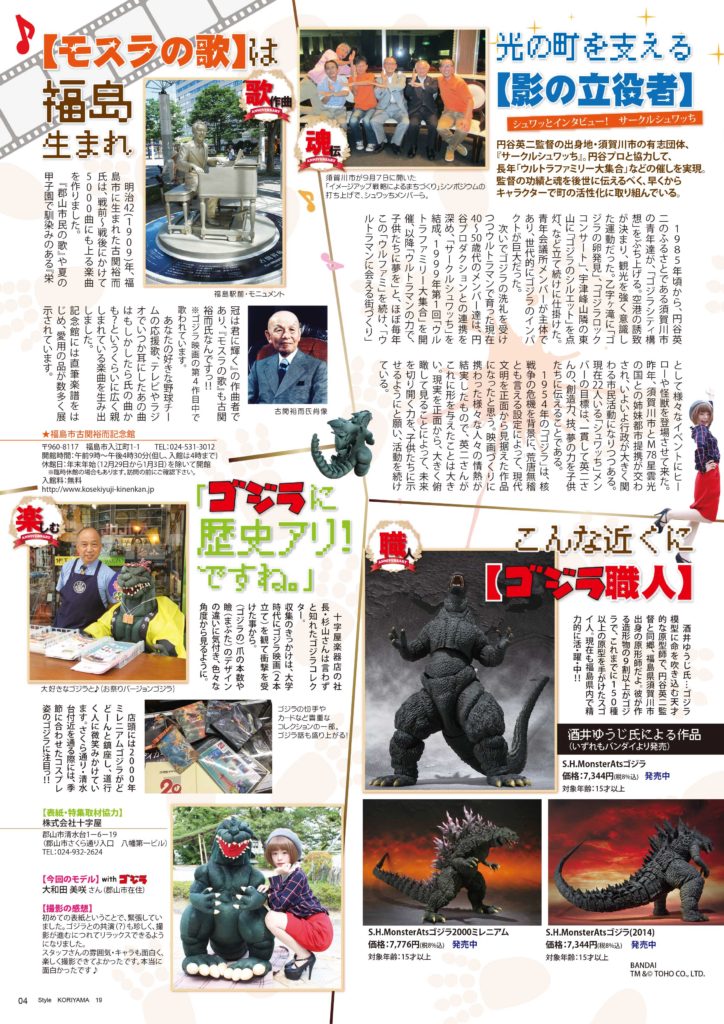